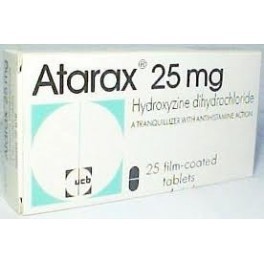 64 INR
Get a Price/Quote

Atarax - Atarax reduces activity in the central nervous system. It also acts as an antihistamine that reduces the natural chemical histamine in the body. Histamine can produce symptoms of sneezing and runny nose, or hives on the skin.

Atarax is used as a sedative to treat anxiety and tension. It is also used together with other medications given for anesthesia. Atarax may also be used to control nausea and vomiting.

Atarax is also used to treat allergic skin reactions such as hives or contact dermatitis.

Atarax may also be used for other purposes not listed in this medication guide.

Used for: Treating anxiety, for sedation before and after general anesthesia, and to treat itching due to certain allergic conditions, including hives and contact dermatitis (eg, poison ivy). It also may be used for other conditions as determined by your doctor.

Atarax is an antihistamine. It works by affecting the brain to reduce anxiety. It also has other activities, including opening breathing tubes, relieving pain or allergy symptoms, and preventing or treating nausea and vomiting caused by motion sickness.

Atarax, a piperazine antihistamine structurally related to buclizine, cyclizine, and meclizine, is used to treat histamine-mediated pruritus or pruritus due to allergy, nausea and vomiting, and, in combination with an opiate agonist, anxiolytic pain. Atarax is also used as a perioperative sedative and anxiolytic and to manage acute alcohol withdrawal. Atarax's active metabolite, cetirizine, is also used as an H-antagonist.

Indication: For symptomatic relief of anxiety and tension associated with psychoneurosis and as an adjunct in organic disease states in which anxiety is manifested. Useful in the management of pruritus due to allergic conditions such as chronic urticaria. 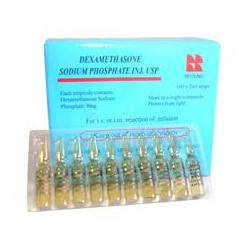