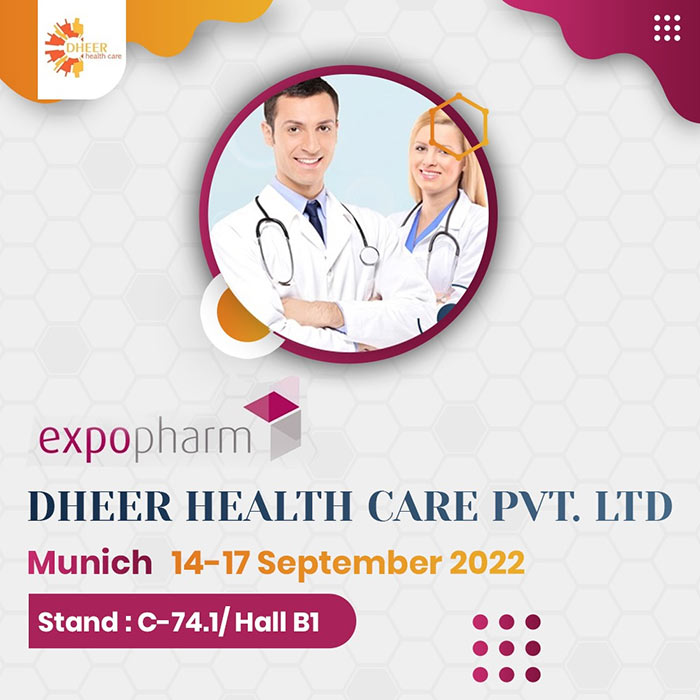 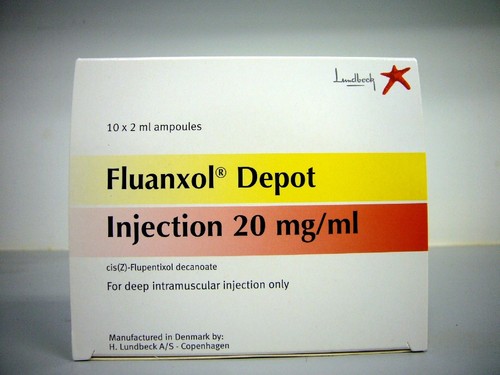 PHARMACOLOGICAL ACTION:
FLUANXOL DEPOT is a potent daytime neuroleptic. Fatigue, often observed during treatment with other neuroleptics, and which is particularly troublesome to re-socialized patients, does not occur with FLUANXOL DEPOT. On the contrary, the drug has activating properties which may be beneficial to chronic schizophrenics, who become more open, contact seeking, co-operative and active during treatment.
Pharmacokinetic studies on FLUANXOL DEPOT in human volunteers and in patients have shown that FLUANXOL DEPOT injections can be given with intervals of 2-4 weeks. The maximal serum concentration is seen by the end of the first week after injection of FLUANXOL DEPOT in contrast to a peak 3-6 hours after FLUANXOL by mouth. As the drug given parenterally is not metabolized in the liver during absorption FLUANXOL DEPOT can be administered in lower doses than FLUANXOL tablets. Pharmacokinetically a weekly dose of 25 mg FLUANXOL DEPOT is equivalent to a daily oral dose of 10 mg FLUANXOL.
INDICATIONS:
FLUANXOL DEPOT is indicated in the management of schizophrenic patients especially those who are unreliable in taking the medication prescribed for them. Features of the illness most likely to benefit are apathy, inertia, withdrawnness, anxiety, anergy, hallucinations and paranoid delusions.
CONTRA-INDICATIONS:
Extremely excitable and overactive patients.alcohol and opiate poisoning. Like other psychotropics, FLUANXOL DEPOT should not be given to pregnant women.
DOSAGE AND DIRECTIONS FOR USE:
FLUANXOL DEPOT is administered by deep intramuscular injection in the gluteal region, usually in doses of 20-60 mg (1-3 mL) at intervals of 2-4 weeks, depending on response. Certain patients may need larger doses, or need them at shorter intervals.
SIDE-EFFECTS AND SPECIAL PRECAUTIONS:
Extrapyramidal symptoms may occur, especially in high dosages, but they have rarely been refractory to anti-Parkinsonian agents. Since the extrapyramidal complications tend to disappear on continued FLUANXOL DEPOT medication, the anti-Parkinsonian agents may often be withdrawn eventually. Autonomic side-effects are rare. FLUANXOL DEPOT may at times cause insomnia.
KNOWN SYMPTOMS OF OVERDOSAGE AND PARTICULARS OF ITS TREATMENT:
Due to the administration form, overdosage symptoms with FLUANXOL DEPOT are unlikely to occur, and have not yet been reported. Theoretically, however, since FLUANXOL DEPOT is a thioxanthene analogue of fluphenazine, overdosage may lead to chlorpromazine-like extrapyramidal symptoms (which can be treated with anti-Parkinsonian drugs), somnolence, coma, convulsions and circulatory collapse. In cases of circulatory collapse the patient should be placed in the head-down position and noradrenalin administered by intravenous drip (adrenalin should be avoided). For prevention of pneumonia, penicillin can be given.
IDENTIFICATION:
Clear, colourless to slightly yellowish oil, practically free from particles.
PRESENTATION:
Ampoules for injection:
1 x 1 mL (20 mg/mL)
5 x 1 mL ( 20 mg/mL)
1 x 2 mL (40 mg/2 mL)
5 x 2 mL(40 mg/2 mL)
Vial for injection:
1 x 10 mL (20 mg/mL)
STORAGE INSTRUCTIONS:
Store below 25C. Protect from light. Keep out of reach of children.
Enter Buying Requirement Details
Share additional details for a quick response

Other Products in 'Antibiotic Drugs' category 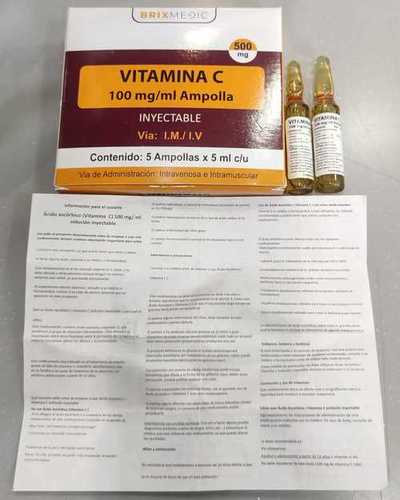 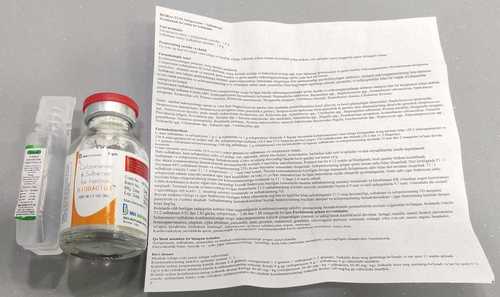